Role and jurisdiction of supervisory courts in arbitration: The future-amazon dispute

By an order dated December 17, 2021, the Competition Commission of India (CCI) cancelled and kept in abeyance its prior approval for the transaction between Future Coupons and Amazon as it found that such approval was obtained by misstatements and suppression of crucial facts made to the CCI by Amazon.

Following the CCI’s order, on December 23, 2021, Future filed applications before the SIAC tribunal seeking termination of the arbitration on the ground that the transaction agreements (including the arbitration agreement therein) were null and void. The tribunal held that it would hear the termination applications after the evidentiary hearing of parties’ expert witnesses on damages, which was previously scheduled for January 5-8.

On January 5, a Division Bench of the Delhi High Court ordered ad-interim relief by granting a stay on both the Single Judge’s order and the SIAC arbitration proceedings until the next date of the hearing.

“Indian Courts being the supervisory Courts, will exercise control and regulate the arbitration proceedings, which will produce a domestically rendered international commercial award.”

The courts of the seat have a wide range of supervisory powers. As Gary Born notes in his commentary on International Commercial Arbitration:

“The courts of the seat have supervisory authority over locally-seated arbitrations, and a wide range of ‘internal’ and ‘external’ procedural issues relating to the arbitration will be governed by the law of the seat. These include the authority to annul awards, the selection, qualifications and removal of the arbitrators, the arbitrators’ power to order provisional measures or disclosure, and mandatory procedural requirements applicable in the arbitral proceedings.”

Under Indian law, the supervisory powers of the courts are set out under the scheme of the Arbitration and Conciliation Act, 1996, under Sections 8, 9, 11, 34 and 37. Under Sections 8 and 11, the courts have the powers to prima facie examine the existence of the arbitration agreements. Further, the Indian courts also have a narrow supervisory jurisdiction over arbitral proceedings under Article 227 of the Indian Constitution, as noted in Deep Industries Limited v. Oil and Natural Gas Corporation Limited and Another.

In the present case, Future had approached the Delhi High Court under Articles 226 & 227. Although the Single Judge acknowledged its jurisdiction under Article 227, it declined to exercise this jurisdiction on the basis that it would interfere with the tribunal’s case management powers to decide scheduling of the arbitration proceedings. By contrast, unlike the Single Judge, the Division Bench did not characterise the issue as one of case management, but as a jurisdictional objection that goes into the validity of the arbitration agreement. In view of this, the Division Bench found that “the Arbitral Tribunal should have taken up the application filed under Section 32(2)(c) of the Arbitration and Conciliation Act, 1996, seeking termination of the arbitration proceedings, on priority and before recording evidence.”

The Division Bench’s order is also consistent with the general approach in arbitration to deal with jurisdictional objections as a preliminary issue, before hearing the merits of the case. This approach is particularly important where the jurisdictional objections relate to the validity of the arbitration agreement, which goes to the root of the arbitration, and is often a distinct issue from the merits of the case.

In such cases, it is cost and time efficient to hear such objections as preliminary questions. This is because if the objection is successful, the tribunal and the parties do not need to expend resources on the merits and quantum stages of the case. Similar considerations also support the Division Bench’s order. Since the CCI’s order contains findings that may affect the validity of the arbitration agreement, it would arguably be cost and time efficient to decide the termination application before proceeding any further with evidentiary hearings on quantum evidence. While the Single Judge’s order noted that the parties could recover these expenses as costs of the arbitration, that approach is post-facto and cannot be the preferred solution where such costs are easily avoidable in the first place.

The Division Bench’s order also took Amazon’s conduct into account while analysing the elements of interim relief. It noted that “CCI has rendered clear findings against Respondent No.1 that it has misrepresented and suppressed crucial facts and that such omissions and false statements have denied and disabled the Commission an opportunity to assess the effects of the actual combination.” Based on these findings, the Division Bench declined to grant relief to Amazon and granted ad-interim relief in Future’s favour.

This approach is consistent with the clean hands principle, which gives weight to the parties’ prior conduct in grant of equitable remedies, such as writ remedies and interim relief. This principle was well explained by the Delhi High Court in Warner Bros. Entertainment Inc. v. Harinder Kohli. It was held in that case,

“[i]t is the settled position both in law and in equity that a deliberate suppression of material facts, viewed singularly or coupled with blatantly false assertions, so far as the grant of equitable relief of injunction is concerned, is fatal. […] it is a cardinal principle of law that a person who seeks the equitable relief of injunction must come to the Court with clean hands.”

Finally, although not expressly discussed in the Division Bench’s order, the case also raises important issues on the supervisory role of the courts, when faced with public policy concerns. In the present case, the CCI order contains express findings that Amazon had misrepresented and suppressed crucial facts and that such omissions and false statements had denied and disabled the CCI an opportunity to assess the effects of the actual combination. Such findings, undoubtedly, have ramifications beyond the contracting parties, and therefore, the adjudicating authorities are also obligated to weigh in the broader costs of allowing or disallowing such transactions, beyond the gains and losses of the contracting parties. Such public policy considerations can adversely impact the enforceability of any potential award issued by the arbitral tribunal under Section 34 of the Arbitration Act.

The Single Judge’s order acknowledged this possibility, but declined to intervene on the basis that “all rights and contentions of the petitioners with regard to the violation of any provisions of the statute as well as the arbitration being conducted in violation of the agreement would be open to challenge by the petitioners under Section 34 of the Arbitration and Conciliation Act.”

The immediate impact of the Division Bench’s order is to stay the SIAC arbitration until the next date of hearing. While at first glance, that outcome may appear to disrupt the arbitration proceedings, in the specific circumstances of the case this, order does balance the competing interests of the parties, while ensuring that the delicate relationship between tribunals and supervisory courts is not disturbed. More specifically, the order does not impinge on the SIAC tribunal’s jurisdiction to ultimately decide on the validity of the arbitration agreement.

That said, both the CCI’s order as well as the Division Bench’s order have been challenged by Amazon before the National Company Law Appellate Tribunal and the Supreme Court of India respectively. Going forward, it would be interesting to see how these factors are dealt with by the appellate authorities. 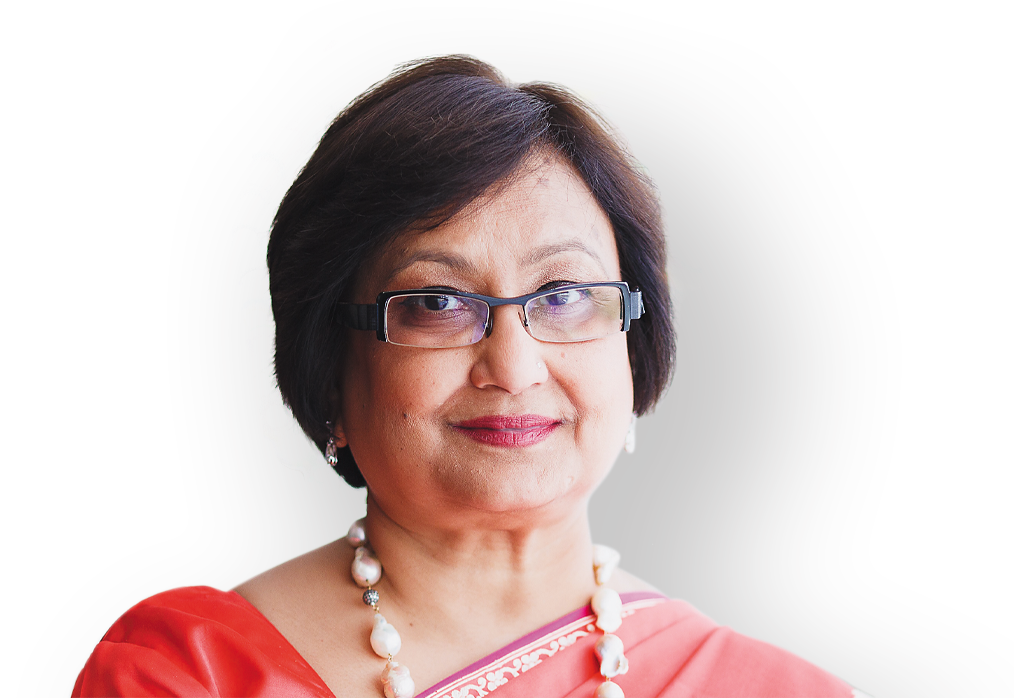 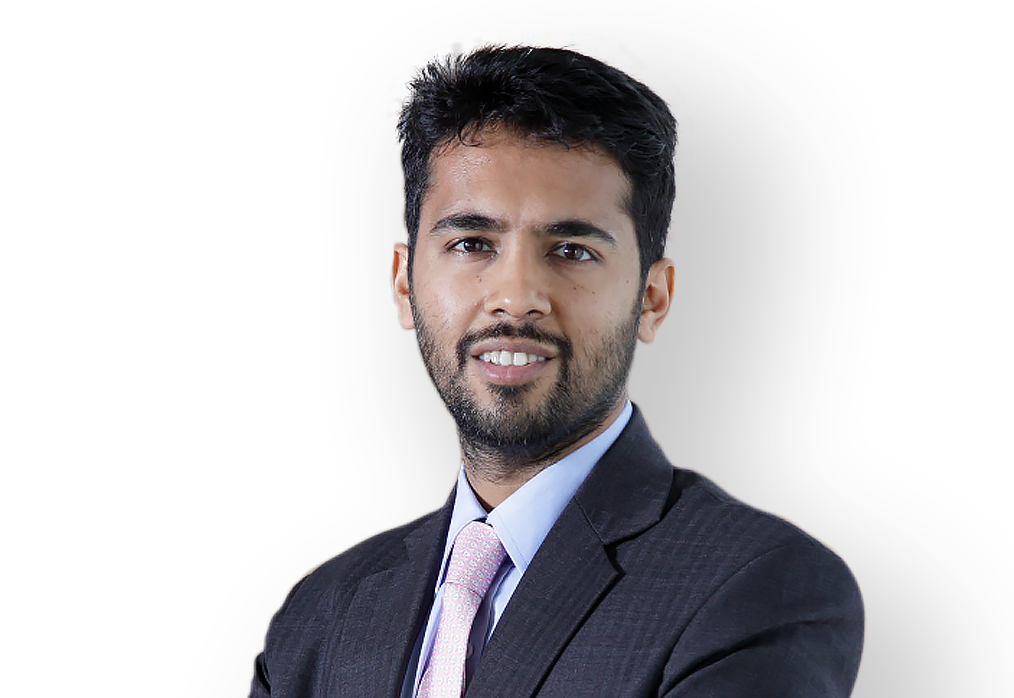