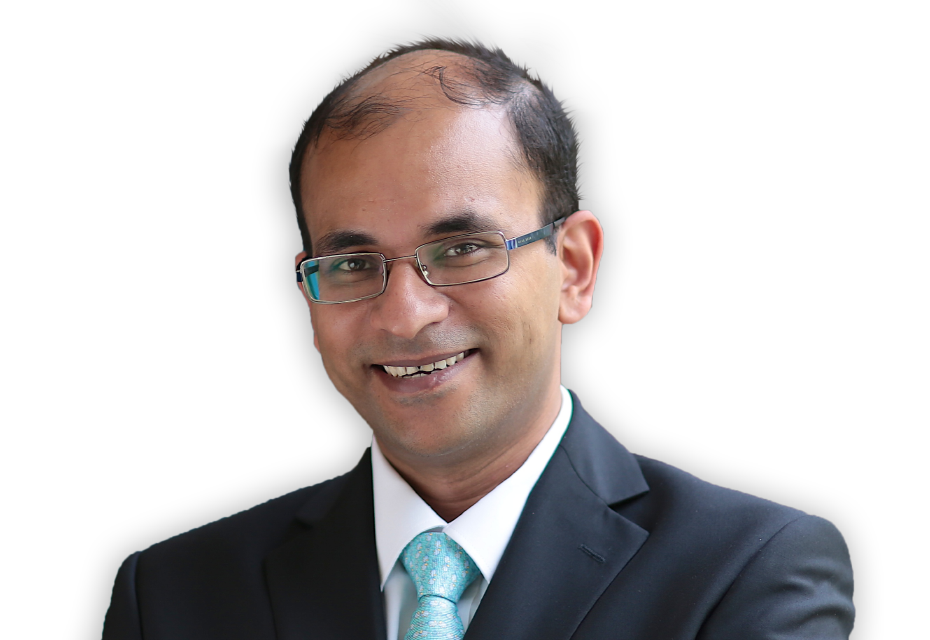 Raghubir Menon is a Corporate, M&A and Private Equity Partner at the Firm. He is an expert on matters pertaining to mergers & acquisitions and private equity.

Raghubir advises numerous corporates, sovereign wealth funds and private equity finds across the full range of their operations and activities. He has extensive experience in mergers and acquisitions, restructurings, onshore & offshore structuring and has represented MNCs, corporates, investment and commercial banks, private equity funds, sovereign wealth funds, multilateral agencies and strategic corporate clients on a variety of domestic and cross-border transactions. He has also represented clients in a large number of complex public M&A acquisitions in listed Indian companies.

Raghubir actively represents large corporate clients such as the National Stock Exchange, One97 Communications Limited, Vodafone, Urbaser, Sembcorp and blue chip PE and SWF clients such as Blackstone (for whom he has undertaken every transaction that they have undertaken in South Asia in the past four years), KKR, the Canada Pension Plan Investment Board, General Atlantic, GIC and Temasek (for whom he has closed five transactions in the last 24 month period). For a client such as One97, he has undertaken all of their work for the past 5 years, including their joint venture with Alibaba and Ali Pay for an approximate investment of US$680 million, as well as the creation of their Payment Bank and the hive off of the payments business into One97 Payment Bank. He also advised them on creation of their new marketplace e-commerce vehicle, a multi staged and structured transaction including the hive-off of their e-commerce business, the investments into the new vehicle by Alibaba and the business cooperation and transitional services arrangements entered into with One97.

Some of his notable transactions include advising Blackstone in relation to the 100% buy-out of the two sea-plane operating companies in the Republic of Maldives, which was nominated as “Private Equity Deal of the Year” by IFLR Asia Awards 2014. He has also advised Blackstone in relation to the acquisition of a controlling stake in Mphasis Limited, a listed Indian company from Hewlett Packard Enterprises under a controlled auction scenario and the subsequent open offer under the Indian takeover regulations. This year he acted for Blackstone on the acquisition of 100% of the Comstar Automotive Limited as well as on the acquisition of the Thompson Reuters business (a US$ 18 billion acquisition). Other significant representations include advising Temasek in relation to its investments in Devyani International Limited, a company engaged in the QSR business; MXC Solutions, an e-commerce platform trading in the style of CarTrade; Zomato, the food app provider and the urban integration platform set up between Temasek and Ascendas, UST Holdings, an IT and ITES company and Ola, a cab aggregator. In another major deal, he represented Walmart in relation to its acquisition of Flipkart, which transaction closed in August 2018 (a US$ 17 billion multi staged acquisition).

He won the M&A Lawyer of the Year: Private Equity for Asia Pacific at the Asian Lawyer Emerging Markets Awards 2015 for the work undertaken over 2015. As “one of the few lawyers that has the combination of both commercial and legal skills,” Raghubir Menon enjoys a formidable reputation in the private equity market. “He would always be available and meet the deadlines without compromising on quality. We were more than impressed,” explains one client, as quoted by Chambers and Partners.

Prior to joining Shardul Amarchand Mangaldas & Co, Raghubir has worked with White & Case LLP, in London and Singapore for five years. He enrolled at the Bar Council of Delhi in 2004 and is a qualified Solicitor (England & Wales).