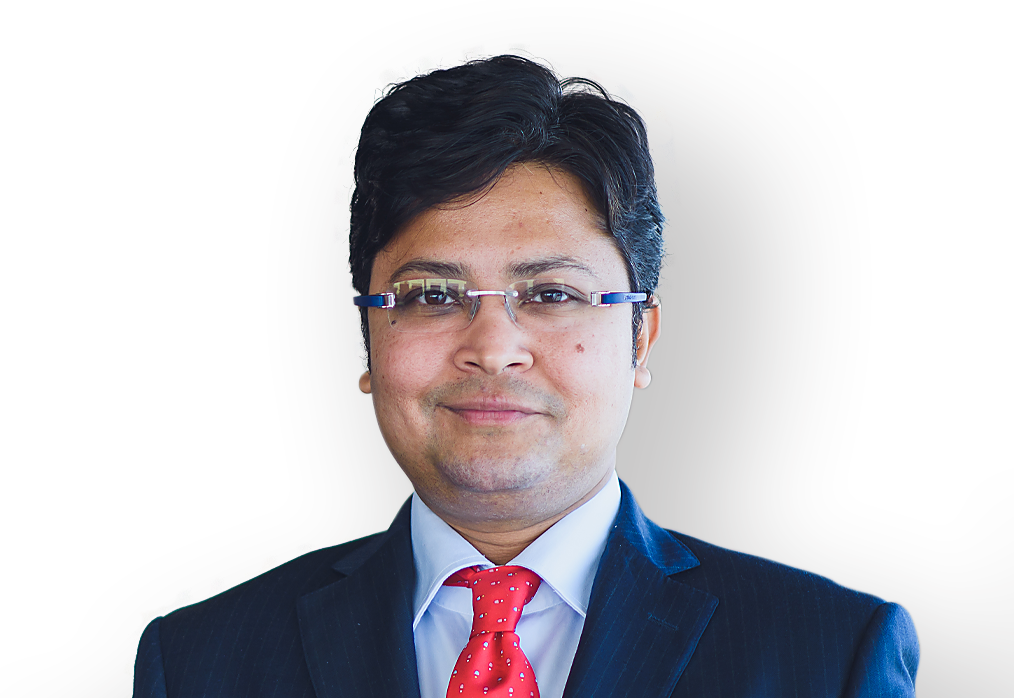 Abhishek Guha is a Partner with the Firm in the corporate practice group and specialises in Private Equity and Mergers & Acquisitions.

Abhishek has significant experience in mergers & acquisitions involving public listed as well as private companies and has worked extensively in structuring and executing inbound foreign investments into India. He regularly advises several multi-national corporations on compliances with Indian foreign exchange, regulatory and securities regulations. Abhishek has consistently been endorsed as a notable practitioner for financial and corporate laws by The International Financial Law Review 1000 from 2018-2021.

Abhishek has represented the General Electric Corporation, Blackstone Group, KKR, General Atlantic, Novartis AG, Bank of America Merrill Lynch, Tata Group and Walmart among others. Some of his recent notable deals include advising Walmart in the acquisition of a majority stake in Flipkart Limited, advising Axis Bank in its USD 1.8 billion fundraising from Bain Capital and other investors, advising the General Electric Corporation in divesting its stake in the joint venture credit card business with SBI to the Carlyle Group and the State Bank of India, advising Blackstone Group LP in acquiring a controlling stake in Mphasis Limited from Hewlett Packard Enterprise, advising Novartis AG in transferring its domestic women healthcare portfolio to Torrent Pharmaceuticals Limited and advising TIMF Holdings in relation to the acquisition of a minority stake in The National Stock Exchange of India Limited from IDBI Bank and General Atlantic.