Rental housing being predominantly an urban phenomenon, has been in the need of a uniform regulation for long. The Union Cabinet on June 2, 2021 approved the Model Tenancy Act, 2021 (“Act”) for adoption by all the States and Union Territories, after several years of deliberation. The primary objective of the Act is to regulate the rental housing market i.e. residential and commercial premises, by establishing guidelines for tenancy, rights and obligations for landlords and tenants and adjudication mechanism for disputes arising out of tenancy.

As per the 2015 draft National Urban Rental Housing Policy, cities i.e. urban areas face a significant accommodation shortage and this cannot be addressed by home ownership solely. The Economic Survey (2017-18) by Ministry of Finance, Department of Economic Affairs noted that India’s housing policies have been mostly focused on building more homes and on home ownership, however the key to address informality and shortage of accommodation is rental housing. The Economic Survey suggested that a more holistic approach is required that takes into account rental market and vacancy rates. Rental housing is also the answer to affordability for the low-income segments, who may not be in the position to purchase homes and therefore, a more focused approach was needed to standardise rent contract enforcement and rent control laws, for spatial distribution of housing supply versus its demand.

Although the States regulate the rental market through State rent control laws, disputes regarding rental properties have continued to persist and have also led to parties resorting to alternate arrangements such as leave and license agreements and informal leases arrangements. Owing to the shortcomings of the existing legal framework and as a step towards achieving Prime Minister Narendra Modi’s ‘Housing for All’ by 2022 vision, this Act was approved.

As land falls under the State List of the Seventh Schedule, and according to Article 246 of the Constitution of India, the State governments have exclusive power to make laws on subjects in the State List, this Act, is a “model” law i.e. a proposed framework or a prototype of a law that States and Union Territories may adopt and alter, but is not binding.

Overview of the Act

This Act is applicable to residential and commercial premises including vacant land, and excludes certain specific categories of premises such as hotels, lodging houses, dharamshalas, inns, industrial premises, premises owned by the Central/State Government, premises rented to employees as part of their service contract, premises owned by charitable/religions institutions, auqaf registered under the Waqf Act, 1995 or by any trust registered under the public trust law, and any buildings exempted for public interest. The Act is prospective in nature and does not apply to existing tenancies.

The Act clearly defines the responsibilities of a landlord and a tenant in a tenancy arrangement. It provides for requirement of tenancy agreement to be in writing and to be informed to the Rent Authority within the specified timeline. The Act has also caps the limit of security deposit to not exceed (i) 2 month’s rent for residential properties; and (ii) 6 month’s rent for commercial properties, but the Act does not regulate fixation of rent and revision of rent. The landlord and tenant are free to agree on the term of tenancy, rent amount and revision of rent. The rented premises can be sub-let only by executing a supplementary agreement to the existing rent agreement and the landlord and tenant shall jointly inform the Rent Authority of the said sub-tenancy within the specified timeline. These detailed terms and conditions provided under the Act will help in regulating all kinds of leases, which were earlier only captured under more sophisticated commercial leases.

The Act lists the kinds of maintenance and repairs in the rented premises that each party shall be responsible for and that cost for repairs can be deducted from the security deposit or rent, as applicable, if a party refuses to carry out their share of the maintenance.

The provisions of the Act provide that during the term of the tenancy, a tenant cannot be evicted arbitrarily unless otherwise agreed to in writing. However, the Rent Court may, on an application made to it by the landlord, make an order for eviction and recovery of possession of the premises on certain grounds including but not limited to misuse of premises, failure to pay rent, parting with possession by the tenant, carrying out structural changes without prior permission of landlord, among others. If the tenant fails to vacate the premises on expiry of the term of the rent agreement, they need to pay twice the amount of monthly rent for 2 months and four times the monthly rent thereafter.

While sophisticated commercial leases have terms which address the aspects mentioned above, these provisions of the Act will go a long way in regulating leases which do not provide for these terms in detail and safeguarding the interests of both, the tenant and the landlord.

While the Government’s initiative to bring reform and regulate the rental housing market by way of this Act may boost this sector and help in creating a balance in the interests of landlord and tenant, the implementation of this Act may be hindered by the following challenges:

The execution of this Act is left on the States and Union Territories, considering the Act cannot be imposed on States and Union Territories as ‘land’ is the State subject under the Constitution of India. Considering the Act is for States to implement, alter and enact the legislation on the prototype provided under this Act, there is a possibility that the provisions of this Act may be diluted by the States, similar to dilution brought about by rules notified by certain States pursuant to enforcement of the central legislation Real Estate (Regulation and Development) Act, 2016. The intent and objective of this Act may not be fulfilled if State Governments alter the framework provided under the Act. Additionally, as all States have different rent control laws, it may considerable amount of time for States to transition from the existing rent control laws to implementation of a new tenancy legislation.

This Act is applicable to the lease arrangements that are executed in the manner as prescribed under the Act and does not take into account the existing rental arrangements. The limited scope of the Act excludes the plethora of old pending landlord-tenant disputes and existing tenancies. Thus, the existing tenancies will continue to operate with no uniform regulatory rules and authority to govern them.

The Act provides for a mandatory “digital platform in the local vernacular language” in order to facilitate the prescribed procedure for execution of rental agreements, however it is difficult to envisage its success given the limited extent of digital literacy and unavailability of digital platform to majority of low strata group, especially in the unorganized rental sector. This may place a huge regulatory burden on both landlords and tenants in low-rent housing, markets, and those who are not digitally conversant. The mandate of digital platform in vernacular language may also cause language constraints for the migrant tenants.

The Act defines ‘force majeure’ as a situation of war, flood, drought, fire, cyclone, earthquake or any other calamity caused by nature affecting the habitation of the tenant in the premises let out on rent. However, it does not specifically cover pandemics and lockdown-like restrictions, which may be disadvantageous for tenants in commercial premises who may be unable to carry out business from their leased premises due to government restrictions. In wake of the effects of COVID-19 pandemic and lockdown across of the country, it is crucial to address this aspect under the Act to streamline the rental markets. It remains to be seen if the Government will bring in an amendment to this effect to broaden the definition of ‘force majeure’ under the Act or the Courts will take up this issue for interpretation of this term.

The provisions of Act clearly provide that the protection provided in the Act is for landlord and tenants who have executed the rental agreements as prescribed under the Act. This prescribed procedure for execution of the rental agreement is unlikely to appeal to the rental market comprising of lower-income groups, migrant workers, labour etc. The scope of the Act appears to be limited and only focuses on more conventional rental market and may not address the woes of the informal rental housing which largely comprises of the urban poor.

The form prescribed under the Act, which is required to be submitted by all landlord and tenants to the Rent Authority, requires both the tenant and the landlord to submit their Aadhaar numbers and attach self-attested copies of the Aadhaar card with the form. Further, the details of rental agreement along with other documents will be uploaded on the Rent Authority’s website. In case personal details of parties such Aadhaar card and other personal details are also uploaded on the public domain, this may be a concern from the perspective of the right to privacy of the parties involved.

Apart from above listed challenges, the Act is also silent on leave and license arrangements. The Act does not provide for any money ceiling for fixation of rent. The landlords whose properties have been subjected to rent ceiling due to existing rent control laws, will continue to be governed by their provisions.

The Act evidently aims to regulate renting of premises, to protect the interests of landlords and tenants and to provide speedy adjudication mechanism for resolution of disputes. The provisions of the Act endeavour to balance the interests and rights of both the landlord and tenant; and to create an accountable and transparent ecosystem for renting the premises in a disciplined and efficient manner.

However, the key to success of achieving the objective of this Act is its timely implementation in its true spirit. As the prerogative of implementation is left to the will of the States, it remains to be seen how States manage its implementation. The States also have the immense responsibility to address not only the practical aspects but also the lacunas and aspects on which the Act is silent. The precise implementation of this Act by the States has the potential to bring a breakthrough reform in the rental market. 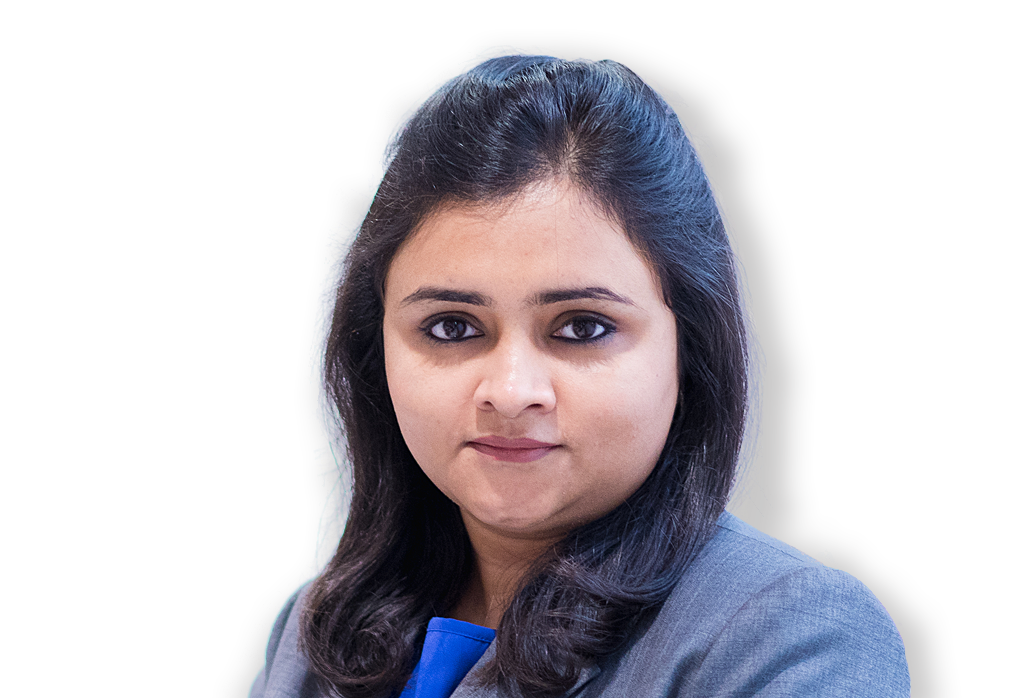