Enforcement of dominance rules in India

Which authorities are responsible for enforcement of the dominance rules and what powers of investigation do they have?

The DG also has powers based on a warrant issued by the Chief Metropolitan Magistrate, New Delhi) of search and seizure, which include the use of reasonable force to enter premises, examination of seizure of documents and electronic equipment, and the taking of statements in relation to the subject matter of the investigation. In Competition Commission of India v JCB India and Ors (2019), the Supreme Court held that, even though the warrant issued expressly covered only entry and search, and not seizure, the DG was by necessary implication empowered to seize documents.

What sanctions and remedies may the authorities impose? May individuals be fined or sanctioned?

The CCI is empowered to:

Further, the CCI has the power and jurisdiction to pass appropriate interim orders pending investigation. Contravention of the CCI’s orders can invite further financial penalties and even criminal sanctions punishable by additional fines or imprisonment of up to three years, or both. The CCI may also impose significant fines for withholding information and providing false information.

Under section 48 of the Act, individuals in charge of an enterprise contravening the provisions of the Act, or officers aiding the commission of such contraventions by the enterprise (by consent or connivance or through negligence), shall be liable to be proceeded against and punished under section 27 of the Act. The Supreme Court in Monsanto Company v Competition Commission of India is currently considering arguments that individual liability under section 48 arises only where a company has failed to comply with a CCI order.

In Excel Crop Care v CCI (2017), the Hon’ble Supreme Court clarified that the penalty amount has to be calculated on the ‘relevant’ turnover of the enterprise against which a violation has been found. The CCI will thus calculate penalties on the basis of the product/services covered by the infringement rather than total turnover.

The Competition (Amendment) Bill, 2020 has proposed to introduce settlements and commitments for vertical agreements and abuse of dominance violations to facilitate speedy disposal of cases and efficient utilisation of the regulator’s resources. The proposed amendment will allow defendants to offer voluntary undertakings after the prima facie order is issued and such voluntary undertakings will be subject to the approval of the CCI.

Can the competition enforcers impose sanctions directly or must they petition a court or other authority?

The CCI and the NCLAT can directly impose sanctions without recourse to courts or other authorities.

What is the recent enforcement record in your jurisdiction?

With covid-19 hitting the country, there were several unique developments in the CCI’s practice this year, including a shift to virtual hearings and online filings. Case law on abuse of dominance also reflected the pandemic’s effects. In an interim decision against MakeMyTrip India and Ibibo Group (together MMT-Go), for instance, the CCI stated that consumer preferences and distribution architecture had shifted in favour of digital distribution channels with the pandemic; access to a dominant platform (an online travel agent in that case) was necessary to ensure visibility and continuing viability of smaller market participants which were dependent on such platforms.

In Harshit Vijayvergia v Indian Railways (2021), the CCI rejected allegations that Indian Railways had abused its dominant position in the market for transportation of passengers by rail in India by increasing fares excessively during the covid-19 pandemic. In an approach tailored to the demands of the times, the CCI found that the Indian Railways had, following decisions of the central and some state governments, decided to increase its fares in order to discourage unnecessary travel in the pandemic and held that this could not be regarded as abusive.

The pandemic did not, however, affect the CCI’s robust enforcement actions, and the CCI continued to tackle several markets, including several complex ones and those which are governed in parallel by a number of sectoral regulations. The CCI concluded its assessment of NSE in Manoj K Sheth v NSE (2021) where it found that NSE was dominant in the narrowly drawn market for ’providing co-location services for algo-trading in securities to the trading members in the territory of India.’ Despite the service being examined in parallel by the securities authorities and various other courts, the CCI exercised its jurisdiction to examine whether the technology that had been adopted was prone to manipulation. The CCI ultimately held there was no breach of section 4 since the choice of technology was made in good faith and there was no fraudulent conduct by the NSE.

After an investigation that had been ordered by the Supreme Court on appeal, the CCI closed a case against taxi-aggregator Uber, rejecting arguments that it had engaged in predatory pricing. Defining the relevant market as that for ‘radio taxi services in Delhi-NCR’, the CCI found that Uber and fellow-taxi aggregator Ola operated in a highly competitive market with fluctuating market shares and repeatedly displacing each other as market leader. As Uber was not able to sustain a high market share for a reasonable period, it could not be regarded as dominant.

Keeping with international trends, the CCI has increased its scrutiny in digital markets with several investigations being ordered.

In Umar Javeed v Google LLC (2019), the CCI initiated investigation against Google for making pre-installation of the entire Google Mobile Services suite mandatory on OEMs. The CCI was of the prima facie view that such an imposition was an unfair condition and the abusive leveraging of Google’s dominance in Play Store to protect relevant markets such as online general search. A parallel investigation was ordered by the CCI in the case of Kshitiz Arya v Google LLC (2021) on similar allegations made against Google in relation to smart televisions. in addition to an investigation in the Google Pay case (2020), a fourth investigation against Google has been directed in Digital News Publishers Association v Alphabet Inc (2022), where the CCI is examining issues of unilateral determination of ad revenue sharing between Google and publishers. Interestingly, in making its threshold decision, the CCI has taken note of developments in other jurisdictions such as France and Australia, where Google had been asked to enter into fair/good faith negotiation with news publishers. Investigations have also been ordered against Apple and WhatsApp by the CCI.

The CCI has also been willing to close cases against technology companies where the elements of abuse are not made out. In WhatsApp Pay (2020) the CCI found that there was no evidence that WhatsApp was forcing users to use its payments service, and accordingly, dismissed the allegations and closed the case at the threshold stage. In another case against Google, the CCI rejected the allegation of leveraging the dominance of Gmail to enter into or protect the Google Meet service.

It is also worth noting that the direction of an investigation is not necessarily conclusive of abuse of dominance, and the CCI has been willing to arrive at a final decision which departs from its prima facie views. The CCI, for instance, examined allegations against Intel for abuse of its dominant position in the market for processors for servers in India and directed an investigation into the matter. After a lengthy investigation by the DG, the CCI concluded that Intel had not in fact denied access to requisite files as had been alleged by the complainant, so no question of abuse arose.

The CCI has also been increasingly exercising its power to grant interim relief in exceptional situations under section 33 of the Act. It issued an interim order directing MMT-Go to relist certain hotel properties on their on-line booking portals. This order was made in the context of earlier CCI orders directing an investigation into MMT-Go for abusing a dominant position and into commercial arrangements between MMT-Go and Oravel Stays (OYO) under which MMT-Go allegedly agreed not to list OYO’s closest competitors. The order was set aside by the High Court of Gujarat on procedural grounds. The CCI also adopted interim measures to prevent the issuing of communications dissuading participation in unrecognised tournaments organised by the Amateur Baseball Federation of India and Suburban Table Tennis Association and directing the associations not to threaten players wanting to participate in such events.

Where a clause in a contract involving a dominant company is inconsistent with the legislation, is the clause (or the entire contract) invalidated?

Under section 27 of the Act, the CCI is, in addition to imposing penalties, passing cease and desist orders and ordering the division of a dominant enterprise, empowered to pass any orders its deems fit.

The CCI has, on occasion, addressed the modification of agreements. It has not sought the invalidation of entire agreements.

The CCI, in Belaire Owner’s Association v DLF Limited (2011), held that DLF abused its dominant position in the market for ‘high-end residential properties in Gurgaon’ by imposing unfair conditions in the Apartment Buyer’s Agreement (ABA) for the sale of its services to consumers. Further, the CCI held the unfair conditions to be in contravention of section 4 and thus ordered modification of these. On appeal, the COMPAT (2014) upheld the CCl’s order that DLF abused its dominant position in the market. However, the COMPAT refused to look into and consider the validity of the ABAs, which were entered into prior to the Act coming into force, and were voluntarily executed, without the element of compulsion.

Further, the COMPAT, in the Auto Parts case, directed the automotive manufacturers to remove all restrictions on supply of spare parts, rather than invalidating the entire supply contracts or modifying the relevant clauses that were held to be in contravention of section 3(4).

To what extent is private enforcement possible? Does the legislation provide a basis for a court or other authority to order a dominant firm to grant access, supply goods or services, conclude a contract or invalidate a provision or contract?

The CCI and the NCLAT are exclusively responsible for enforcing the provisions of the Act.

Do companies harmed by abusive practices have a claim for damages? Who adjudicates claims and how are damages calculated or assessed?

Under section 53N of the Act, any person, enterprise or government harmed by the conduct of an enterprise under section 4 can approach the NCLAT for compensation on the basis of an order of the CCI or NCLAT finding a contravention of the Act. The CCI itself has no power to grant compensation.

The Act further provides that class actions for compensation may also be instituted. The procedure to be followed in such cases will be the same as the procedure for class actions already present under the Indian civil procedure.

At present, the NCLAT is considering a number of compensation claims. A claim has been filed by MCX Stock Exchange Ltd against the NSE, on account of alleged losses suffered owing to the zero-pricing strategy adopted by the NSE in the currency derivatives segment. Another compensation application pending before the NCLAT is against Coal India on the basis of the CCI’s decision in 2014, finding Coal India guilty of abuse of dominance. Initially, the claimant raised claims of approximately 9 billion rupees which, after the decision of the COMPAT in 2016, was increased to approximately 15 billion rupees to account for alleged losses suffered up to 2016. The NCLAT is also considering a compensation application against the Ghaziabad Development Authority, a statutory authority for housing and development, for losses suffered by allottees of flats under a housing scheme on account of imposition of unfair conditions and price for the allotments.

To what court may authority decisions finding an abuse be appealed? 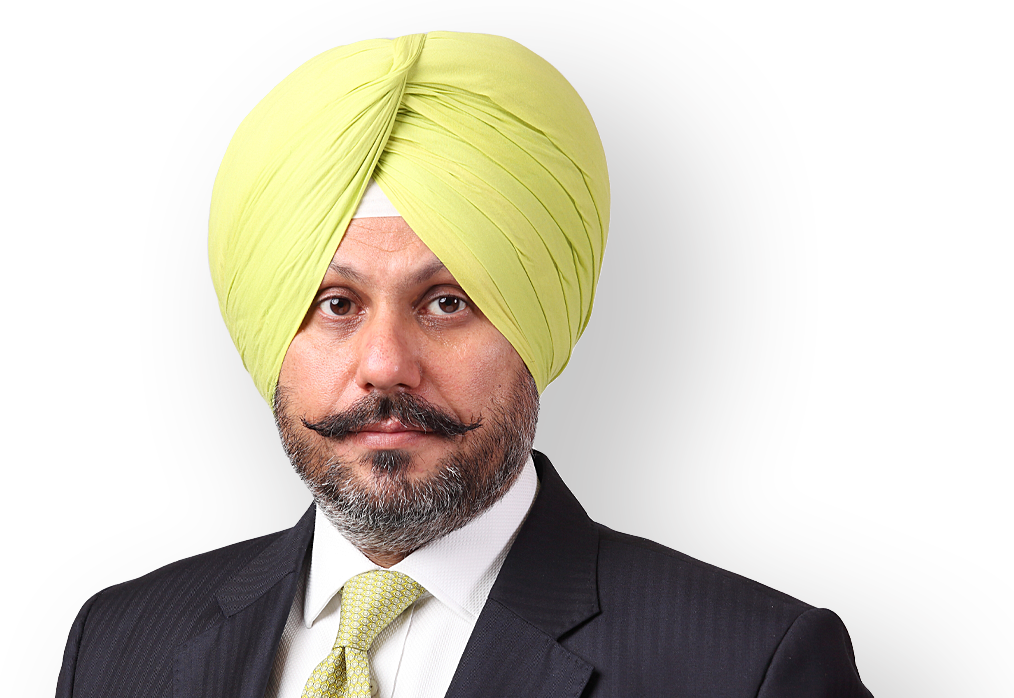 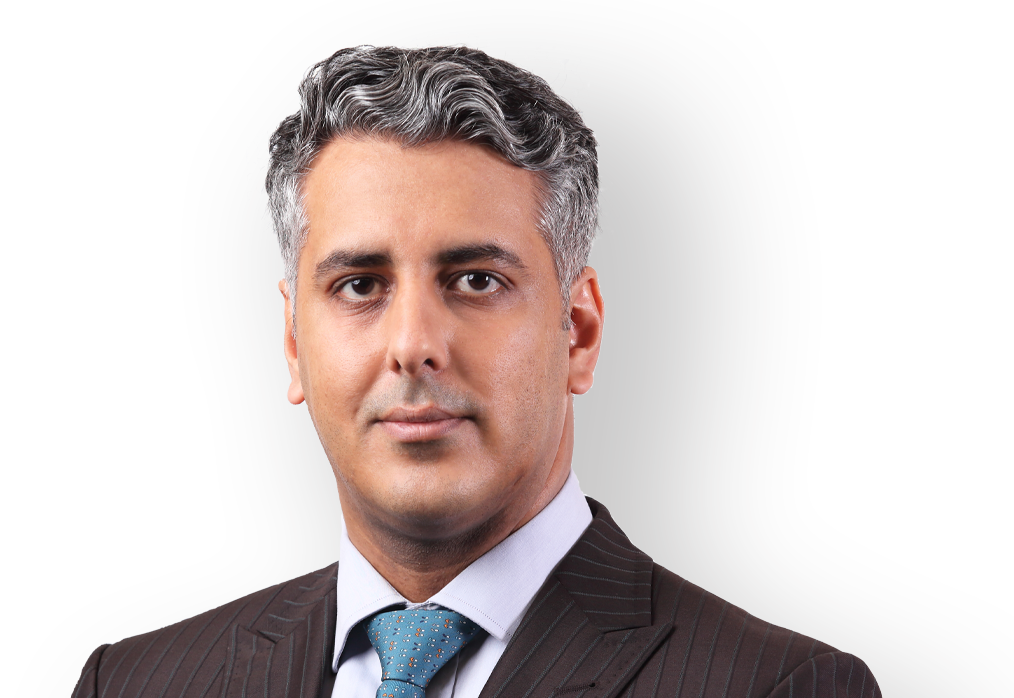 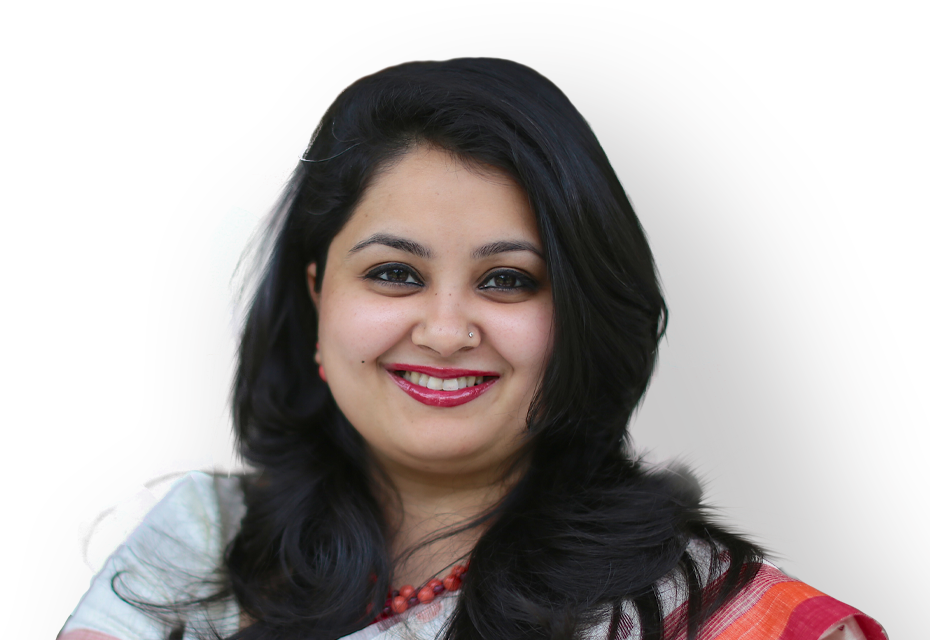