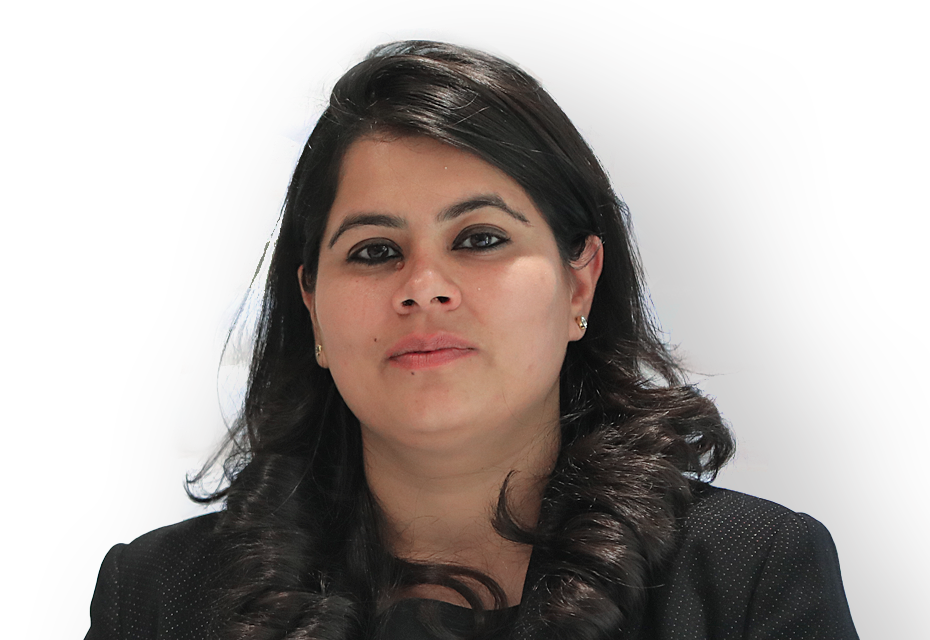 Aparna Mehra is a senior lawyer with a rich and multi-faceted experience across various areas of corporate and commercial laws, and is highly reputed for her special expertise in competition law.

She joined the firm in June 2014 and was promoted to partnership in the Competition Law Practice in June 2015.

Aparna had the competition aspect for the insolvency and acquisition of Monnet Ispat & Energy Limited by a consortium comprising of AION, a leading private equity fund focused on investing in India, and JSW Steel Limited, a leading strategic player in the steel industry in India. In May 2019, the deal won the Innovation in Legal Expertise Award of the Year at the Financial Times Innovative Lawyers Asia-Pacific, 2019.

Aparna has a strong reputation for responsiveness, solution-orientedness, and an innate understanding of how the regulator thinks. She is well regarded for her strong command over nuances of the Competition Commission of India (CCI) merger process and practical, well-considered advice. Aparna has also played an important role in the finalisation of the Indian merger control regime in April-May 2011, working closely with the Government of India and the CCI in relation to the draft Combination Regulations and associated exemption measures. She is also involved in the revision of the merger review process in light of the new insolvency law. Aparna has also been leading in the organization of advocacy roadshows across India on various topics in Mumbai, Delhi and Ahmedabad. Aparna also assisted the Indian Private Equity and Venture Capital Association Regulatory Affairs Committee in making representations to the CCI in relation to proposed amendments to the Combination Regulations, which could impact the private equity industry.

Aparna has been recognised for her professional achievements by Who’s Who of Competition Lawyers and Economists based on international peer review, as a “Global Leader” in 2022 & 2021  (Who’s Who Legal – 2022 & 2021 Global Guides, Asia Pacific) and as “Most Highly Regarded Partner” from 2018 to 2020 (Who’s Who Legal Future Leaders, Asia Pacific). According to interviewees, who praise her work on merger control cases, Aparna “has done some exceptional work in the competition space” and she is particularly well regarded for her “hands-on approach and clarity of thought”.

She has also been recognized as a leading practitioner by the ExpertGuides list for Competition and Antitrust, 2018-2021.

She is also ranked in Competition & Antitrust by Chambers & Partners, Global and Asia-Pacific for 2022 and 2021. She is praised as a partner who “has great analytical and drafting skills and is always available” and is hailed as “very supportive and responsive” by clients.

According to Chambers & Partners 2019, Aparna has been praised as a partner who is “able to sift through a lot of information without having to ask for instructions on every piece” and who can maintain “great transparency in an area with lot of confidentiality, making the business teams very comfortable”.

Aparna has been recognised in Legal 500 Asia Pacific 2018 for her “industry knowledge and solution-oriented approach”. Legal 500 in 2021 mentions Aparna as “a very experienced competition lawyer, who has very good contacts to the authorities and strongly argues for the client’s position”.

Aparna has co-authored several competition law publications, including the India chapter of the Private Equity Antitrust Handbook published by the American Bar Association. She has also co-authored Navigating through Indian Merger Control, Trends and Challenges published in USIBC Legal and the India chapter of the Antitrust Chronicle – Antitrust Developments in Asia Pacific which is published by the Competition Policy International.  She has also co-authored the Merger Control – India Chapter, Chambers 2018, 2019, 2021 and 2022 and the GCR Guide to Merger Remedies.  She also assists in teaching a diploma course in competition law at ILS Law College, Pune and teaches merger control at O.P. Jindal Global University.